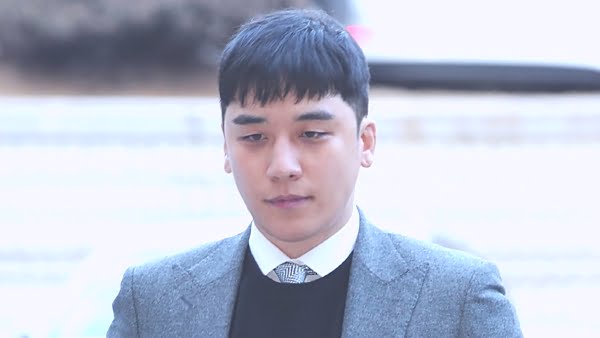 1. Abitual gambling as well as intermediation in pr*stitution, sharing of content that is illegal… There are a myriad of horrible crimes, and yet he only got sentenced to one year and six months. What is the difference between Jo Soo Bin as well as Jo Soo Bin?

2. I’m confused by this. He was guilty of all the wrongdoings, and then had to go through his entire trial while in the military and, now that the sentence has been handed down, he is able to remove himself from his military service and be imprisoned instead. This is absurd. He is still required to finish the remainder of his army service prior to being deported to prison.

3. Power of Money. All the crimes and he didn’t get 16 years, but only one year and 6 months. I’m wondering what the day will come for our judges get up to speed and begin handing out real sentences? This is just pathetic.

4. He’s guilty of all nine charges, but all he’s getting is one year and six months?

5. This is a small amount for all the offenses he’s taken part in!! !

6. All he’s done could cause Jo Joo Bin out of the water, but Jo Joo Bin got 42 years of service and Seungri is only receiving 1 year and 6 months? In addition, since he’s in military service the army is cutting his time off so that he can be imprisoned instead. Seungri can have every right to post a tweet saying “I am in love with South Korea’ if he wishes to.

7. The judge is much worse than him The judges are all garbage

8. This is a weak statement is what makes him other than Jo Joo Bin?

9. 1 year and 6 months… If there was no celebrity Would the same sentence be imposed?

10. Judges are an absolute mess… simply eliminate all the judges and let the trials be decided by AI

2. Jung Jun Young got sentenced to five years of imprisonment and is in jail as of now. Seungri is charged with many other crimes, so why is he being sentenced this way? Seungri’s business associate Park Han Byul’s husband is also on probation and has been taking a tour of restaurants around Jeju Island, it’s ridiculous that he is able to live life without any problems with all of these felony convictions. It’s such a bitter truth.

4. A man was in his forties who stole bread to satisfy the midst of hunger. He was then sentenced to two years and six months. How can we accept the sentence? What legal firm was able obtain this result?

5. The law isn‘t fair to everyone.

1. It’s a lot Isn’t it? In addition, he is given a force discharge.

2. Jo Joo Bin got 42 years old. Jung Jun Young got 5 years. Seungri’s sentence is only 6 months? To be punished for more serious crime? This isn’t the best decision.

3. This will only promote more sexual assaults. What are we as a nation?

5. What if you could sell women for one year, 6 months and a month now? This is just so depressing..

1. In essence, he was able to indulge in everything could he wanted in exchange to enjoy in prison for the time of his army service.

6. A man who snatched the equivalent of $10 worth of kimchi from goshiwon was sentenced six months in prison …….. and Seungri’s receiving 1 year and 6 months? ?

7. A man who took Kimchi from a goshiwon was sentenced to six months in prison.

9. It was a major celebrity scandal yet, the judge doesn‘t have any problem handing out this light sentence. This is why the same crimes are recurring. A quick glance at the list of his crimes will be enough to convince anyone that the sentence is absurd.

2. They dragged it on all the time, only to get him sentenced to… what? What kind of nation do we live in…

3. Just 1 year and 6 months? What is the difference from the army?

4. Please keep Big Bang out of the titles.

5. Everyone thinks this is too long?

7. What amount was the judge compensated?

10. The person who smacked an elderly man on the head while riding on the subway was sentenced to two years in prison, but Seungri’s sentence was only for six months