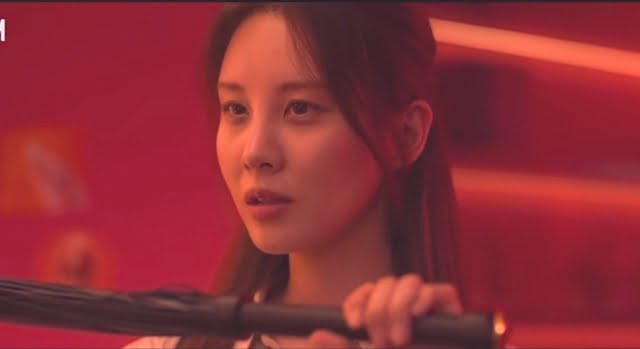 1. The plot is laughable. I would have preferred that the movie had been a bit more adult-oriented but it’s all silly.

2. I find her acting uncomfortable and hard to observe. She always gets these leading roles using her SNSD title and I can’t consider her to be all that attractive.

3. I have always found every aspect of her to be awkward from her acting, to her singing dancing

4. Perhaps it’s me being weird, but I found the movie to be boring. I’m sure lots people will see it since it’s an original Netflix original, but the themes of adulthood in the film aren’t one or the other, they’re just unassumingly depicted, it’s boring and boring.

5. You can watch the Netflix series “Bonding”. It’s like a child’s play when in comparison to. It’s not something that can be made with our country’s conservatism.

6. Seohyun’s awkwardness is never ending. We’re sorry.. This is my personal opinion

8. Seohyun’s speech frustrates me. No pronunciation or delivery. Every role she’s played has been a failure, but she continues to land the lead roles.

9. It’s a film with Seohyun as the leadactor, what else is there to be mentioned?

11. The film is so boring and there’s only one adult scene. I’m not sure why it’s recommended for adults too. Seohyun was so exhausted throughout the whole movie.

12. Do I have to be the only one who loved the show? It was a good way to inform people about this side of the globe, but it did so by expressing it in a manner that didn’t make you feel uncomfortable. I’d have been horrified if they went further.

13. Seohyun leads in the 19+ rated film… I don’t need to see it to understand what will happen.

14. It’s evident Seohyun isn’t going to dress in anything like this . So why is this being rated as 19+?

15. I thought it was interesting. It was different from the typical stories we hear.

16. I’m usually a fan of idols if they’re acting well enough, however Seohyun’s acting makes it difficult to concentrate I’m not sure why she’s always getting leads Tsk

17. Seohyun’s appearance has always been an upright one. What made her get the role in this movie? A film rated for 19+ of all? It’s a SM movie. Seohyun is an exaggeration