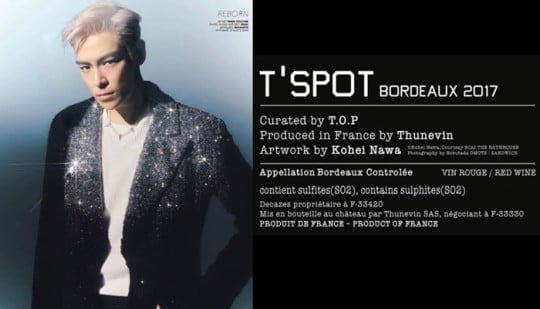 2. He also promoted his own company through Big Bang’s video for the song. A wine business that caters to fans. But then again I don’t think they have any fans that aren’t minors anymore.

3. Seungri: Hyung, what do you know about managing your own business?

5. It would have been a disaster Would’ve been terrible if G-Dragon had launched his own wine company instead. G-Spot.

6. It is best to start his own mar*juana company in America.

8. He’s being followed by Jay Park.

10. And what’s the plan to do with the back making this company an advertising campaign.

12. There are plenty of inexpensive wine options in the supermarket.

13. I was aware of I knew it. I knew he was planning to start his own business. What about alcohol?

14. Will he also spike the drink as well?

15. He came back to help promote the business in general.

16. He’s not duplicated by Jay Park. He already purchased his vineyard in the year 2017.

17. Promotion of the wine is featured in his music video. That’s a complete disaster for me.

18. He surely didn’t decide to be a part of this album to only advertise his wine, did he.