1. Let him be at peace. We must be more harsh in securing sentencing for hateful comments made with anonymous names. We shouldn’t see another sad death such as this.

2. It’s not even that many years that it’s been Goo Hara or Sulli and all of you have done it again and killed a person yet. It’s hilarious that our nation’s citizens are quick to judge other people. I can understand the resentment of those who are guilty of committing real criminal acts like gambling or using drugs however you go after those who are simply trying for a better life, and then roast their egos for it. Just because they wear make-up or hate comments, purchasing an apartment, making hate comments or going on vacation hate remarks… Are you going to expect that everyone else will live the same lifestyle as you?? Are people asking consent from netizens for every single thing they do? ????? Please put an end to this right immediately…

3. The cowards who make hateful comments are the pathetic cowards who cover their tracks in anonymity

4. This is the first time I’ve seen him, however it does appear like he’s wearing a make-up

5. Are they really talking about his face in this manner? …? Do you have no empathy? He’s a player of volleyball, the only thing that mattered was that his skills were good in the game. What could be more important? I’m shocked to think that someone has was killed because of hateful remarks about their appearance and people are still making remarks about their appearance right here. It makes me feel goosebumps.

6. I’m not sure the identity of this individual, and do not care if they were wearing makeup or not as it’s not uncommon for men nowadays to put on makeup, but it’s evident to anyone who has seen him wearing make-up, therefore why should he pretend that he didn’t and bring such trouble in his own life? Why wouldn’t he just claim that he had put on makeup? In the current age nobody would have noticed.

7. To all the criticisms of him for wearing make-up, and claiming that he does not… put it down. The life of a person was destroyed because of this exact matter. Do not be swayed by the things you say because it’s not going to affect your life. Pray that he passes away in peace, or that he moves to the next. Do not cause harm to the deceased by making unnecessary remarks.

8. What’s the point of it? wears makeup or not. And if they’re gay, or not? Keep scrolling even if you dislike the person. If that you’re sending them DMs filled with hateful remarks… Why not take a peek in your mirror and make yourself look bad?

9. What I’m interested in the subject is… If SNS causes you such pain that it makes you want to commit suicide Why do you continue to use SNS …? I’m not using SNS myself, so I’m not sure… Isn’t getting removed from SNS means you’re not getting the hateful comments or haters any more? …? It’s a shame, may the man rest in peace.

10. If only he had stayed clear from SNS… He’d know when the time came to get older, how useless this is. As a volleyball participant, I find this truly sad… I pray that he be at peace. 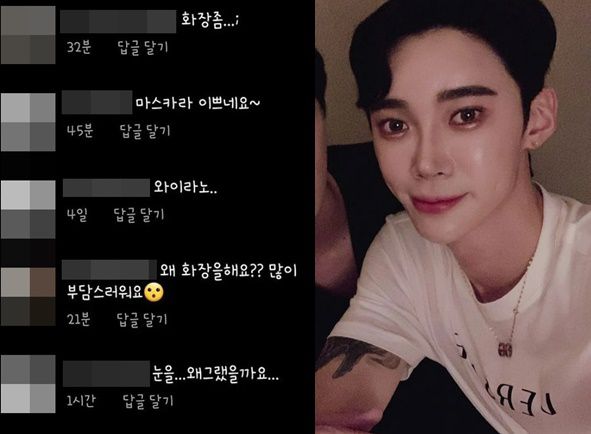 1. The reason for his death is the result of all those who have abused him with hateful comments , accusing that he was wearing eye make up or of being gay without having any intention of getting the facts right. Let him rest in peace.

2. I was predicting that something similar to this could eventually take place. I’ve read numerous reports about this player before and even on the stories on his blog, he’s speaking about how painful all the criticism that he’s receiving, people left hateful comments. It seems like the practice of internet users grabbing an individual for a single issue and not letting go till they can see the whole picture has become more severe since the last time. You are so gentle regarding your own lives. So why are you so rigid on the lives of others… Let him be at peace.

3. Let him be at the peace of… The hateful comments of commenters have killed a beautiful, bright young person… as well I’m sure you’ll all be able to take the best you can from the power of karma.

4. Anyone who has sent him an DM or left a negative post on his blog needs to be traced and taken to prison. We have to ensure that this doesn’t occur again. Track them down, imprison them for a minimum of the payment of 10,000 hours in community service. expose who they are, and make it hard for them to be granted government jobs and stop them from ever using any social media platform in the near future.

5. We must make the hateful commenters make use of their real names, e.g.