ITZY’s Ryujin criticized for mentioning Crush and Joy on Insta

While on live, Ryujin and Yeji were listening to a Crush song, when Yeji saw a fan remark reading “Crush must pay extra tax” (a meme in which netizens believe Crush should pay more taxes in return for being able to date a beautiful idol), to which she responded, “What does it mean?” “Because Joy-sunbaenim is dating him,” Ryujin said quietly. Some netizens thought it was impolite to bring it up at all, arguing, “It’s not even her relationship to talk about, it’s rude”, “She should’ve known better than to mention it”, “It’s understandable to read fan comments out loud by mistake, but they should’ve just changed the subject”, “She’s a girl group member, too, so she should know it’s rude to talk about relationships like that”, “Joy fans will be upset”, “Crush and Joy are both uncomfortable with that meme”, “It’s obvious the couple It was impolite of her to do so.” 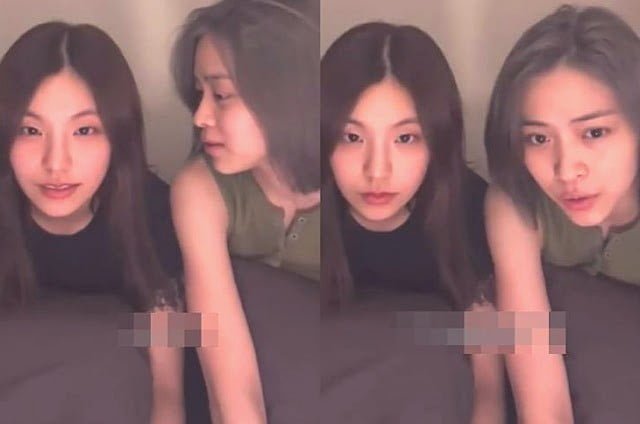 1. [+105] I can’t believe people are calling this disrespectful… a member was unaware of the meme, so she discreetly informed her. She wasn’t circulating an unverified rumor or anything.

2. [+85] In today’s environment, everything triggers someone.

3. [+44] ㅋㅋㅋ It’s not like Ryujin revealed anything about their connection… what’s so bad about bringing it up?

4. [+7] What’s the problem if Joy and Crush have previously confirmed their relationship? And she said it gently; it’s not like she said it aloud.

5. [+24] At this rate, idols will have to stroll around with their mouths taped shut.

6. [+17] Is that meme a forbidden word? Is it a secret? That is absurd. There’s no problem here; they’re a public couple in a great relationship.

7. [+16] It’s not like the pair is hiding their connection. What’s the issue if everyone knows they’re dating?

8. [+8] The reality is, Crush himself discussed the meme on TV and even used it to promote his own YouTube channel, so why is it impolite for a junior in the field to mention it as well? Crush would never have addressed it if he was uneasy with it.

9. The meme has grown in popularity since Crush introduced it. There’s no issue here… if you have one, go talk to Crush.

10. The whole nation is aware that they are dating. So, what’s the issue?

11. Do you have a crush? Why are you getting so worked up on his behalf? This is just funny.

12. What’s so disrespectful about this when the whole world knows they’re dating and she didn’t lie… It’s becoming too dangerous for idols to perform live.