Home » IVE offers a peek at their large dorm

IVE offers a peek at their large dorm 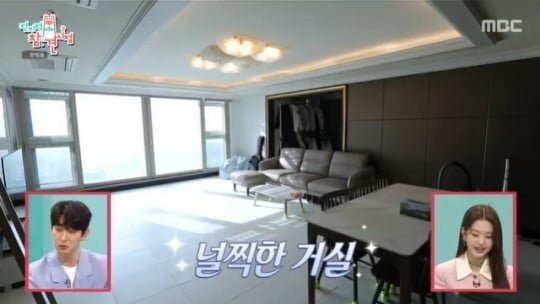 1. Wonyoung and Liz don’t just have their own rooms, they’re also quite big… I’m not convinced that even larger agencies have rooms this huge, and they share the same space too.

2. What is the reason Monsta X fans assume that their friends have gave their room.. Jang Wonyuong in particular has many deals in CF, and IZ*ONE has earned a lot of money, too. ;;;;

3. Monsta X fans talking as that their oppas reside somewhere in the basement, or somewhere else. Who’s the one who has two dorms, each with its own rooms?

4. Why do people bring MonstaX’s room on an IVE post? ?… I’m an Monbebe as well, but doing this is only going to harm the image of our fandom. I can understand what you’re trying to say , but we must be a little more controlled.

5. I’m talking about.. the only thing that was ever said to me was “please pay attention to Monsta X too~” and we’re being bombarded with his hatred… We’re not seeking IVE to part with their dorms for Monsta X. We’re not allowed to share our personal views any longer.

6. Given that the group includes Jang Wonyoung, as well as Ahn Yoojin The size of their dorms makes enough space;

7. Wow! I’ve never witnessed anyone that has such a lovely dorm room. They must be so content to be able to return home at the close of the day.

8. Make sure you take good care for Monsta X too

9. Please don’t mention Monsta X in this thread… Go complain about it to the Starship. What is the point of discussing Monsta X on an IVE blog! !

10. If you believe that your family members aren’t receiving fair treatment you should raise the issue with the agency you work for. KKK Jang Wonyoung is at the top of the list of money-making idols considering the amount of attention she has received. The money you’re receiving isn’t the fandom’s it’s an actual dorm they paid for on their own. What is the reason why Monsta X fans acting as they have earned this place out of their pockets?

11. Do Monsta X fans trying to cause people to hate their group or do they want to make people hate..? If you’re really a Monsta X fan, then you shouldn’t be here discussing these…