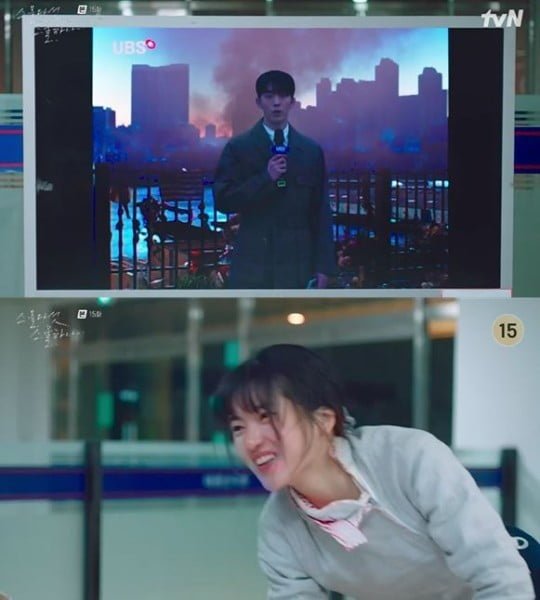 1. I’m not convinced that the scriptwriter was insane when she composed this scene. The main character was smiling in a scene of terror from 9/11? It seemed an unintentional and unlogical act in any way. The writer did not take note of the views of Americans in any way..

2. It’s embarrassing. Consider it in a way you can identify with. Imagine if a foreign show was filming Sewol Ferry’s tragic events. Sewol Ferry tragedy and the female character is smiling on the screen because the male lead present.

3. The scriptwriter should quit.. I’m not sure how you could be so ignorant of a scene that is seen by viewers all over the world. Why not only show local news footage? It’s less embarrassing for the foreign viewers. As if the end didn’t already make everyone angry but now the writer is simply sloppy. The scriptwriter simply ignored what the viewers wanted , and instead created an episode that only the viewers can comprehend.

4. I’m amazed to see this was recorded in the first place.. No one had the was able to stop them?

5. It would have been a harrowing experience when the news footage were focused on the Sewol Ferry, but the journalist chose a larger and more horrifying event to depict in such a light way. They’re insane.

6. However many times I’ve watched this scene, I didn’t observe the female lead’s laughter at any moment of terror. It seemed as if she smiled because she got to see her boyfriend’s face in the screen. Perhaps some people are too interested in this? She was worried about the scene of terror.

7. I’m sure people hate and not even having a look at the show. The male character is in a position where the reporter is in an area that is dangerous, and the female character is his more youthful, than a little naive girlfriend who is missing him. She wasn’t amused by the scene of the 9/11 attacks in any way. I believe that people are in a state of shock and are looking for the next target to attack.

8. I watched the program and thought that the scene was very well-executed. The actress had not seen her boyfriend for more than two months, and it didn’t seem unusual to me that she smiled at that moment. It’s disturbing to me that a lot of people are developing biases regarding this show because of one incident.

9. I’d prefer they remove this scene out of the show, if it’s not a crucial scene even. There are bound to be differing opinions on it, however anything that may result in even the tiniest miscommunications is better removed. If the content is offending to one person It’s better to remove it off.

10. Would have been better had they chosen any other news clip other than 9/11. It was an incredibly horrifying tragedy that I’m still unable to forget. The female lead’s smile at the scene because she is seeing her boyfriend has me wondering is she an alcoholic?

11. Watch the entire footage… She was concerned for her boyfriend in the area of the incident and was delighted to see him show up. don’t misinterpret it.

12. Imagine that you watched a Japanese or Chinese drama featured scenes that was a part of Cheonanham or Sewol Ferry tragedy with the principal character smiling at the footage of the news? What would you think? We must be more aware of others’ feelings!