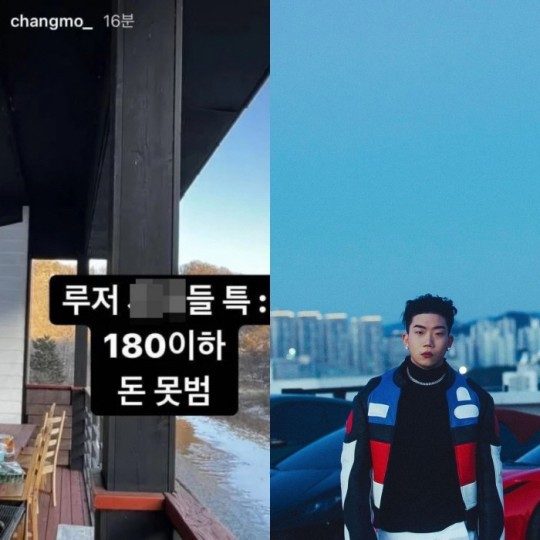 1. He’ll be embarrassed when he looks back at the things he has posted.

2. You have crossed the line. You won’t see me out the door.

4. Changmo, who is he anyway? Anyone can be a rapper today as long as they can talk fast.

5. It seems normal for men his age to experience a similar phase before finally maturing

7. This is why I don’t like Changmo. He is a high school student who has tried everything.

8. Although I can understand how it is easy to misunderstand his words, if you really think about what he said, you’ll see that he wasn’t saying that every person under 180 cm is a loser. But that most losers share such and such characteristics.

10. The truth of physiognomy… 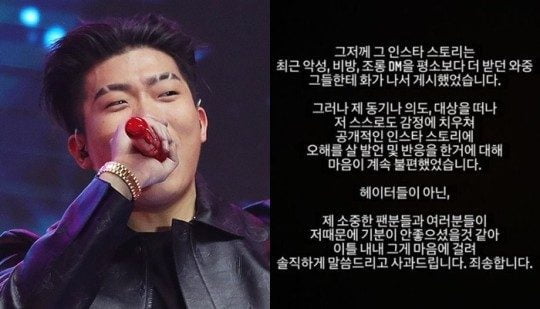 1. He causes and closes controversies on his own, when no one else cares. This is similar to the Chinese Olympics.

3. Who is he exactly? A Chinese short track skater?

7. He must have gotten some attention from this.

8. He never said anyone who is short is a loser. He was criticizing his enemies and said that they were probably too short and don’t make enough money. He was also aware that some people might have taken this in the wrong direction and he chose to apologize. It’s unfair to continue attacking him. You don’t need to know Changmo. Keep it moving.

9. It is unlikely that most of his fans are over 180 cm tall. I believe he thought it was inconsiderate to say something like this. Only 10% of Korean men over 180 cm are in the top 10 percent. It’s disappointing to hear this from someone who loves listening to his music. I hope that he recognizes the influence he has on society and takes action accordingly.