Song Minho says that he is fighting with his mental illness 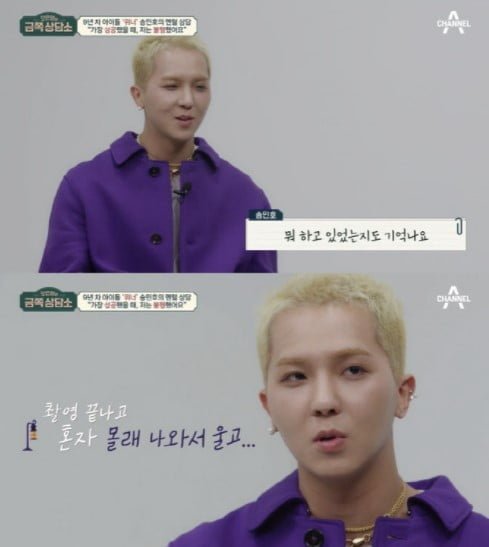 1. Minho. He was always so bright. I didn’t have any idea that he was anything but bright.

2. I’m hoping that the members of Winner do not read the comments

4. I can comprehend a hundred, thousands of times.

5. I’m a 63-year-old fan and I’m feeling so awful. Make sure that your heart is in good health. It’s not a big thing. Be thankful for living and present, be thankful for those who surround you, and you’ll be happy.

6. What’s wrong with the remarks. He’s admitted to having issues, but why mention the army, and all this. I’m not sure how difficult it was for him to conceal his mental illness since the man is famous. Mino fighting.

7. The fact that others didn’t know about it means the man was truly silent It must have been extremely difficult to open up about it such a way. Take a look at these remarks, and it’s no wonder that he is suffering from anxiety disorders. What is it that makes people this way?

8. Wow. I can see now the reasons why he suffers from anxiety disorders. A few of the comments here accuse the actor of making up stories about his mental illness to create an argument to obtain an exemption from the army. Being a famous person can seem to be a lonely existence, despite the money they earn.

9. Every story has a beginning and an end. Celebrities don’t have an ordinary life. I’m sure there were moments that he was required to go on without rest regardless of how hard the situation became for his. I hope that he can have a break and think about things that make him feel happy and even something as basic as writing a diary. Do not dwell on the details of the world around you. Live simply, day by day to the best of your abilities.

10. Mino hasn’t said that the fact that he doesn’t want to be in the military therefore why are his comments so sexist.

11. It will be a great feeling when you join the military Mino-ya.

12. I have heard that celebrities feel very empty after going home at the at the end of their day. Particularly singers, after a concert.

13. I’ve read that every celebrity suffers from a mental disease. The problem is so severe with idols that producers assign a therapist to every idol and have them talk to the therapist every day. The problem has gotten more severe due to the spread of the pandemic…

14. However, you’ll still be a soldier Isn’t that right?

15. It will be a great feeling when you join the army. Your best friend PO is as a marine.