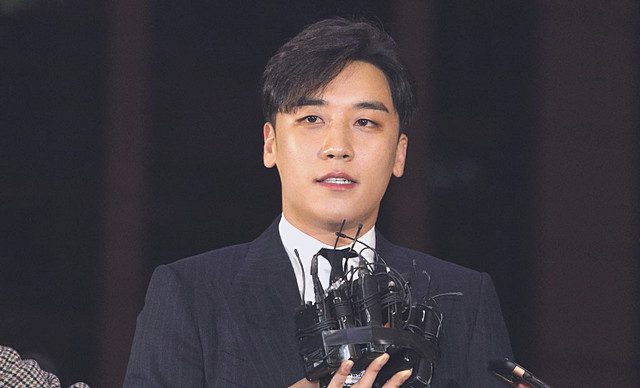 1. [3,184, -6] he is being charged with 9 crimes but his prison term was brought down by 50 % only since he said He is “reflecting” ㅎㅎㅎㅎ how does this make sense? Our judges are dropping the minds of theirs.

2. [1,053, -3] There is no way that we cannot suspect the judge has been purchased off with a ruling like this

3. [329, -2] No way we are a genuine country… I suppose you are able to escape with something in case you often use the money of yours to purchase yourself a group of amazing lawyers~ What are we teaching the youth of ours with a situation this way?

4. [209, -0] Jo Joo Bin got forty two yrs, Seungri’s now at one yr six months? ㅋㅋㅋㅋ Only at that speed, he is likely to end up getting a probation sentence by the last trial. This nation actually amazes me often.

5. [182, -0] But a male that stole ramen got sentenced to 3 yrs in jail ㅋㅋㅋㅋㅋㅋㅋ but Seungri who did p*mping, gambling, and drugs is currently getting a single year ㅋㅋㅋㅋㅋㅋㅋㅋ

7. [63, -0] Who truly is supporting him? We are able to only believe that there should be somebody massive aiding him out which is going to cause a ripple in modern society in case he is found out to be engaged in every one of this.

9. [36, -2] ㅋㅋㅋㅋㅋ He has accepted to all 9 charges and this was by now absurd he was just sentenced to 3 years of jail time for doing it these days it has been cut in half? This’s exactly why everybody usually says the courts are corrupt. Exactly how can the times change but the courts have not?

1. [1,547, -5] The judge behind this particular situation should remove his robe right away for the benefit of the society of ours. He’s been found guilty on 9 charges and also must be sentenced accordingly as a regular, intentional criminal. There’s no chance that a criminal as deliberate as him must be allowed a shorter sentence only since he is proclaiming to be reflecting. This’s why people are thinking that judges must be replaced with AI.

2. [544, -1] Does the country of ours actually enjoy a set of laws any longer? Or can they not exist for individuals with cash?

5. [124, -1] He is false reflecting! He is simply using his power and money. Everything he must claim is he’s reflecting and also display a few tears and he will get off with a probation sentence.

7. [29, -0] This honestly makes me want to eliminate the judges and swap them with AI

1. [854] In case he admitted to the charges of his, he must have to deliver the complete 3 years of what he was sentenced to. Exactly why is it being reduce in 50 %?

3. [287] You are able to buy your sentence decreased whether you confess to the crimes of yours. Write that down.

7. [206] We have to allow the public sentence him, not this particular judge

8. [74] If anything at all, he should always be serving lengthier compared to Jung Jun Young at least. Even Jung Jun Young got a brief sentence but Seungri was the ringleader of the entire operation so he ought to be serving longer 🔥🔥🔥

10. [25] So the judge cut the sentence of his in 50 % only with the case that he is reflecting~~~ I wonder whether the judge would halve the sentence if his child was a victim