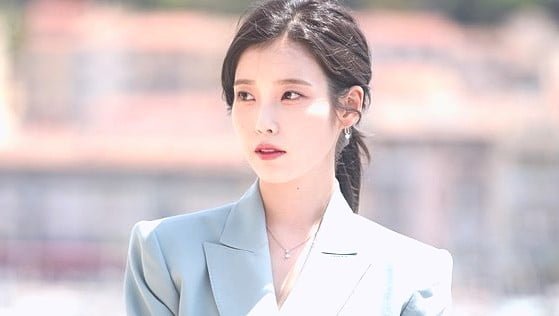 1. She is not only gorgeous, but talented and an emblem of good actions; thus, it seems inconceivable that anybody would ever post anything negative about her online. Do not make any kind of deal with someone who posts hateful comments that go too far. Bring a lawsuit against them and have the law sentence them appropriately. IU, the model of virtuous behavior, will have my undying loyalty and admiration at all times.

2. The author of the article omits to include the fact that the vast majority of her haters are middle-aged or older women.

3. IU has no choice but to take a harsh stance against her critics since she has already alienated two of her closest friends.

4. This is a positive move in the direction of eliminating hateful remarks.

5. Way to go, IU. People who conceal their identities while spreading malicious falsehoods should not be pardoned. They have to realize that the things they say have the potential to cause someone else’s death…

6.Do not be lenient with them in any way. Maintain your composure and give them time to come to terms with the gravity of their actions.

7. What in the world did this troll even write to get themselves sentenced to sexual assault therapy? How revolting! This is revolting.

8. Wow, for them to be given this punishment, they must have done something really offensive to deserve it. I just cannot fathom the mental anguish that IU must be going through because of this.

9. Why should anybody have a grudge towards IU?

10. Online trolls have been responsible for the deaths of a great number of famous people. People who spread hatred online should be prosecuted for murder.

1. You should never show tolerance for bigots who step over the line. Keep suing them and force them to face the consequences of their actions. They have to be uprooted from the roots in order to be removed.

2. Why do individuals really believe that those who despise them will be given a pass? If you are found guilty of committing a crime, you must be punished accordingly. goodbye

3. They won’t even pretend to be appreciative of it even if you make things easier for them. They then proceed to write hateful remarks once again after going about talking about it as if it were something to be proud of. It was to IU’s credit that they did not take it easy on them. They are incapable of engaging in reflective thought. They are haughty opportunists who put themselves first.

4. She has the backing of the whole country in her efforts to take a tough stance against those who oppose her. They should not get any leniency from you at all.

5. Good work, IU. You are the most incredible.