Joseon-jok is an ethnic group within China composed of Koreans who have Chinese citizenship. 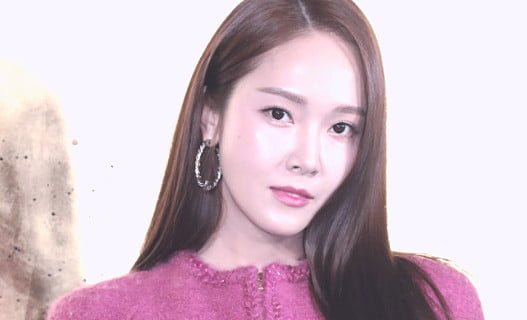 1. Do they really need to appear to this Chinese audition show, however?

2. There is a an ancestor who was a former SNSD member, but it’s sad that she’s been reduced to appearing to this Chinese variety shows. I feel like SNSD’s standing has been lowered and is being sold as wholesale which is not a great feeling.

3. Money is important, but don’t sacrifice your soul to make it.

4. She’s a nuisance with every single thing she does.

5. A former part of a global group, what exactly does she really need to appear to an Chinese variety show? Do they not possess any sense of pride? I’d rather have a break rather than make myself look embarrassed by this.

6. She fell in love with the wrong guy and is now the ice princess of SNSD, to Joseon-jok Ajumma.

7. I’m sure she believed she could accomplish more and more impressive results on her own, and that being part of a group for girls would limit her opportunities and that the business concepts she had would be a success. But now she’s in her 30s with the man who isn‘t even her husband, but a man who is out to make money from her into paying to appear to Chinese Variety shows… who would have thought she’d be in such a dire situation. This is the reason you shouldn’t become excessively reckless. the result can be tragic like this.

8. Oh, the loss of Jessica. It’s a sad day for me. She’s still an SNSD member that represented an entire generation in one time however, she’s gone from youth and riches. And is now being sold to a Chinese show that is similar to this. I’m sure she’ll get a good salary since they are fond of their Korean stars, but no one cares about the title of the queen of a country such a situation. I’m wondering how far to the bottom she will fall to into? Do you know anything more damaging than this? Uu If she‘d decided to live in peace, and live a normal life.

9. So American Jessica earned all of her income in Korea and is currently being featured on Chinese programs as Joseon-jok, despite the fact that she’s not even actually a Korean citizen at all.

10. She’s changed from an American Gyopo to a Chinese Gyopo!

11. If she’d just maintained her pace on SNSD and the handful of promotions SM would have liked to see from her, I’m sure that her business ventures would have been successful and she’d have 8 billion won of wealth, and not the 8 billion won of debt like she’s currently. She truly destroyed her life due to one person. The title of Ice Princess was initially a part of Jessica. Is it comparable to other SNSD members who are treated like industry professionals and assisting others on today‘s audition shows.

12. Her image is so negative that I don‘t believe she is concerned about how the Korean media are telling us. She’s simply seeking a huge payoff by whatever Chinese media are willing to accept.