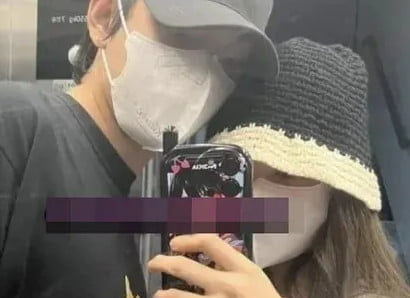 2. [+169] There is nothing wrong with a young guy and a young woman dating. It’s time to let individuals be more self-assured!

3. [+114] So, do they have a relationship? Or not? We’d be happy to congratulate them if they’d simply said it once and for all… but there’s no mention of it in the statement.

– [+19] I believe it is hinted that the leaked photographs are all genuine, implying that they are really dating. Don’t act stupid.

–[+6] Obviously, YG is suing because the leaked photographs are genuine.

5. [+94] I believe the agency’s goal with CF contracts is simply to avoid penalty costs.

8. [+31] So, do they have a relationship or not? Why is the sentence phrased in such a confusing manner? I’m dying to know, so please tell us.

–[+4] The statement suggests that the images are genuine. You must be really stupid to be unable to read between the lines.

9. [+34] Good riddance to everyone who was hating on them because they were envious.

10. [+27] Let them catch the hacker and lock him up while Jennie and V continue their wonderful relationship. They have my support.

11. [+16] People are preoccupied with dating, but the issue here is that Jennie’s account was hacked and her photos are being unlawfully shared. The hacker seems to be making threats, while YG’s response appears to be more about urging people to stop spreading misinformation and nasty remarks…

14. [+7] Why are there so many idiots here? YG effectively confessed that the leaked photos were genuine, implying that they are dating. How can you not see that? Or do you continue to reject reality? ㅋㅋㅋㅋㅋㅋ