The hit webtoon-based drama ‘Tomorrow’ suffers the loss of viewers 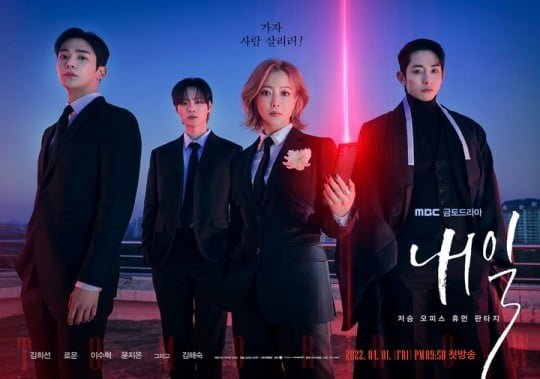 1. The original webtoon is entertaining enough to keep you hooked and cause you to cry and laugh all the duration… However, the drama version changed certain theme of the original webtoon (like the rules for time travel or the family’s requirements) which makes it appear as if the drama isn’t the right way to communicate the message the webtoon tries to convey. Additionally, the webtoon has become so popular that I’m sure many viewers entered the show having high hopes. The actors’ lack of acting talent make the story to a television sitcom… however, I’ll continue watching until the very end.

5. Perhaps because I haven’t watched the webtoon yet, but I’ve been crying for a long time over the drama

6. In the meantime, I was crying my eyes out last night..

7. I love this song… I’m curious about the reason it’s going down? I love that the plot is significant

8. Ah I loved the sixth episode. It really moved me on a different level

10. What is it that people call boring? Do you actually watch the show correctly? I know there are a variety of opinions, but I’m finding this drama just as enjoyable as webtoon. It’s making me cry everytime.. The actors are the characters… I believe that the ratings for viewers are due to it being a time slot.

11. It was entertaining initially but became boring with time…

12. I watched until the second episode, and then started to wonder… what happens when it become fun? I put down the television after the third episode.

15. It could be because people can watch it at their own schedule on Netflix however, the fact that viewer ratings are such as this one are likely due to it’s boring..

16. However the ‘Again My Life’ ratings increased. appears like viewers shifted from one show to the next