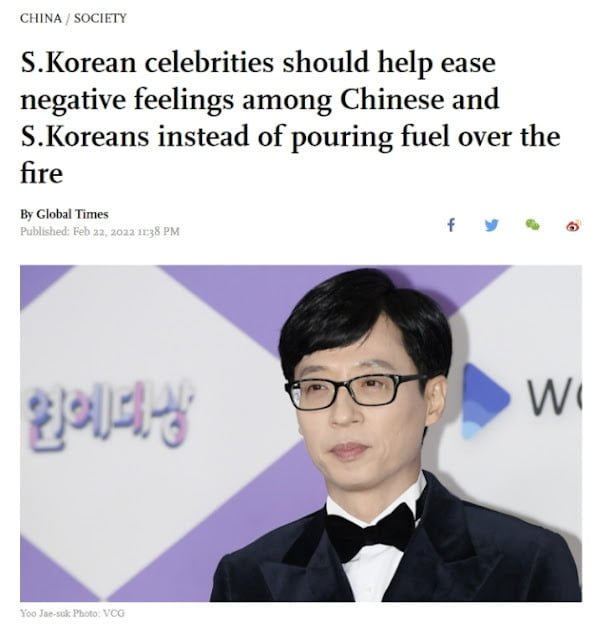 1. Do you think you can start by paying for our content because the content you’re viewing is illegal

2. What is the reason they have the right to be in the affairs of another country’s fame? Do they believe that this is China? Be concerned about your own stars do not overstep the boundaries of ours.

3. Do not take care not to touch Yoo Jae Suk. Pay fees for Korean media you consume.

4. Consider how relieved they feel for the entire country to be caught in an uproar such as this.

5. What do you think of calling yourself his followers if you are watching his shows in violation of the law? Take care of your business.

6. Yoo Jae Suk, who is Korean obviously Yoo Jae Suk will be angry over the disqualification of a Korean athlete not being disqualified. It’s a bit bizarre for them to even be angry with Yoo Jae Suk over the reason that

7. I don’t think Yoo Jae Suk is concerned about the immoral supporters of a morally corrupt country.

8. These people watch his TV shows for free but they believe they’re his real clients or something.

9. Let’s begin by asking ourselves whether you actually are entitled to criticize Yoo Jae Suk if you are consuming his content illegally

10. What a pity. They should be more concerned about illegally downloading his shows. Why would you want to be a critic when you’re stealing of his media. 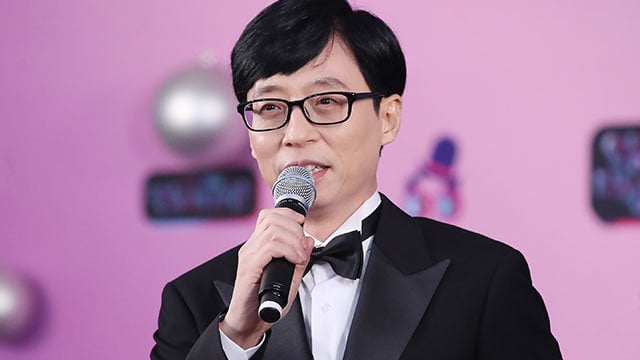 2. Why would anyone who is a Korean star be concerned about what China believes? I find it absurd to think that.

3. Isn’t that illegal for CCP individuals to take a look at Korean Variety shows?

4. I am in support of Yoo Jae Suk, and I stand by his statements.

5. I’m sure the Chinese don’t fear anything, however, how dare you play with Yoo Jae Suk, the most famous of people.

6. They’re just angry that they’re home to an estimated total population of 1.4 billion and still can’t make a superstar similar to Yoo Jae Suk and BTS..

7. I don’t care if his Chinese fan club disbands or not. They need to figure out how to pay for the privilege of watching “Running Man” and other shows. All they do is watch Netflix shows on the internet for free and yet they have the courage to stand up in this manner?

8. Are China beginning to believe that they have the ability to monitor and control our own media?

9. Yoo Jae Suk earlier made another statement, expressing his concerns about China infiltrating our culture at an award ceremony in the year 2000. The Chinese are in the wrong mindset that Korean stars will starve if they don’t have their income, but Yoo Jae Suk’s fame was not dependent on income. Don’t watch Korean shows that are illegal.

10. There are a handful of Korean stars that one should never touch. One among them Yoo Jae Suk. fools! 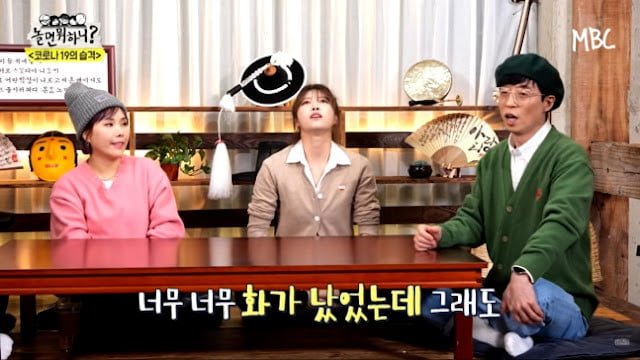 1. I’m referring to. Could the Chinese please turn off their own Chinese television.

2. Yoo Jae Suk happens to be our nation’s famous gagman but not yours. Keep out of our company.

3. Bulls are loaded with bull.

5. Yoo Jae Suk is representing our country and not yours. The Chinese are really struggling to distinguish between what’s ours and theirs, aren’t they? When was the last time Yoo Jae Suk need to think about his feelings about his words?

6. Does it not seem wrong to be angry at his country? China demands that our stars be silent right now? This is only true for the CCP. We are a democracy.

7. Yet China is the one who is fueling the fire.

8. Why do they get too obsessed about us? stop worrying so much about Korea.

10. The entire world was enraged over the Olympics The Olympics were a huge success, but China isn’t aware that.