Home » Photos of BTS V while smoking outside Grammy awards

Photos of BTS V while smoking outside Grammy awards 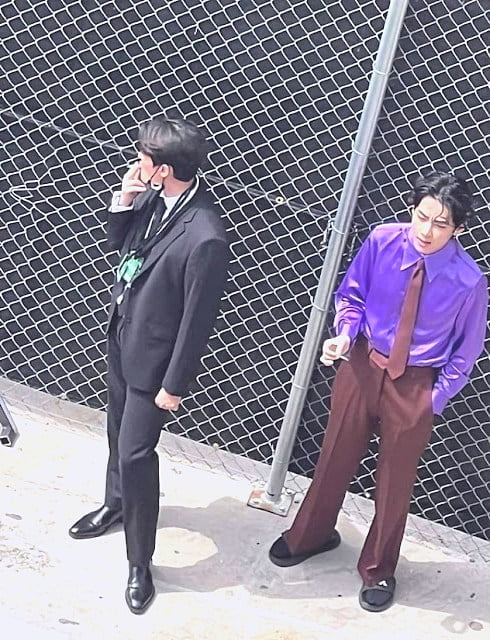 2. Our T-hyung might have been fighting to find one. However, the color combo of his attire is just beautiful.

3. There’s no law saying that smoking cigarettes isn’t permitted for celebrities. He’s an adult, so what’s the problem?

4. I suppose I enjoy smokers now.

5. Who would have thought smoking could be so cool.

8. It’s not like he smokes?. However, why does he appear so attractive doing it.

9. V has a age of 28. If this is your chance to slam on V for smoking cigarettes, refrain from speaking and keep going.

10. What makes it look like a cig me. It appears like he’s trying pretend to be his bodyguard in front of him.

12. He’s an adult who takes care. so long as he’s taking good care of his voice, that’s all that is important.

13. I’ve read many tweets from fans from all over the world saying who aren’t willing to admit that he is a smoker. But what’s the issue? But he’s an adult, not a baby. Don’t try to make this out to make it appear anything other than what it really is.