Home » Kim Chaewon and Winter very similar to each other…

Kim Chaewon and Winter very similar to each other… 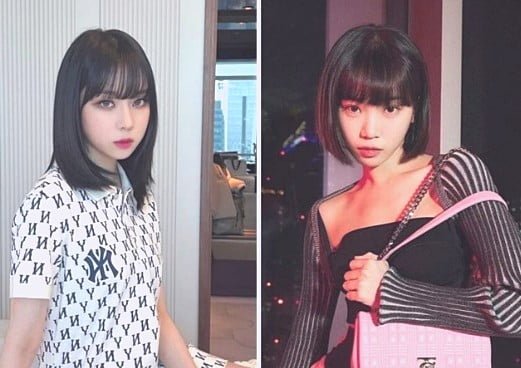 2. They don’t appear exactly the same.

3. They’re not, but they’re both very pretty…

4. Both of them are pretty, however I believe they share similar styles, but they’re not similar in any way according to my perception.. Chaewon’s features are round in appearance, whereas Winter is more sharp and sharp.

5. They have a similar feel to them.

6. Winter is simply so gorgeous

7. Chaewon’s appearance is round, similar to some of IU kind? Winter is sharper, more Lee Yoo Young like. I believe the shorter hair makes them appear alike at first glance, however they have totally distinct faces.

8. I’m not so sure however Kim Chaewon is absolutely gorgeous!

9. I’m not sure. International kids believe they’re alike due to the hairstyles that are similar…

10. Other than that hairstyle, not much else like it..