I was watching a YouTuber and I think the way they spoke was correct.

The girl is dancing to Joy’s tune from” Feel My Rhythm” but does she need shake her tree that way? It’s not necessary. In reality, she’s shaking it as if she’s going to snap the branches. 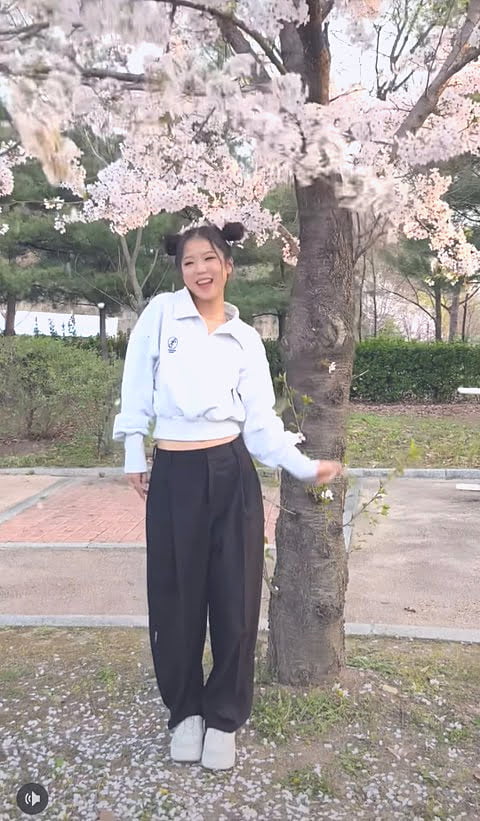 1. These actions are sloppy… If they’re going to remove all the petals in that manner then what’s the next person expected to observe? …? Please, I would like to see people don’t do things like this. I was looking at the cherry blossoms last week and saw everyone taking selfies while shaking and snapping pictures of the flowers.

2. This is also disturbing… I believe that it’s due to the fact that I learned at a early age not to cut your flowers. I’m sure that trees do not feel pain , but as I grew older I discovered that these trees were planted with the tax payers’ money, so it’s not a good idea to instruct others to not cut them off to make a profit… Then what will happen if everyone does this? If I see people do that it causes me to think about it and raise my eyebrows. I also consider whether they are Chinese

3. This isn’t any kind of a sham… If my friend behaved such a way, I’m sure that I’d be able to be able to say something.

4. I’m thinking the snapping off of them could be an issue, but isn’t intentionally shaking the flowers an issue? I’m not sure if the recorded this in one go however, they probably taken multiple shots. This means they were constantly shaking off the flowers.. It’s not as if that was her tree. Many people are watching it. Why is she so sure only interested in her own personal interests and shake the flowers with such force?

5. The kids below have such a poor understanding. They are probably kids who take the flowers to get their own selcaskk

6. The problem is that people will always be suck up to YouTubers and TikTokers as if they accomplished something awesome. Sigh..