The athlete Hwang Daeheon is fond of Jennie ft. Rose and Cha junhwan 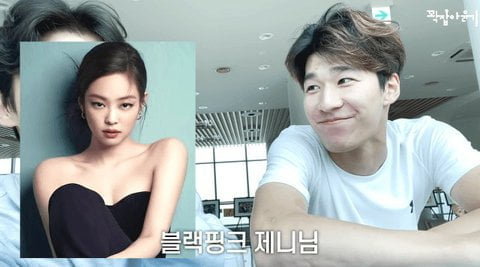 Daeheon-ah, whom would you like to get cheers from?

It seems like Hwang Daeheon is looking to be encouraged by Jennie. In the meantime, Lee Jungsu said something in error, and he said:

Note: athletes are able to refer to other athletes as XX-athlete , so it’s likely that he made a lapse in speech.

2. There are there are a lot of athletes who look like Jennie

3. I’ve been aware after I saw the Pyeongchang Games I knew that Hwang Daeheon was a fan of Jennie. If he’s surrounded with her support, then he’ll be a fan to watch

4. What is the reason that comments are asking Jennie to show her support for the athlete in a snarky manner? In this manner, Jennie must be receiving hundreds of DMs soliciting her to post an article cheering on athletes Hwang Daeheon. It’s great to respond, but the idea of asking Jennie to join in cheering for him is too imposing. There have been posts about how sad they are that Jennie doesn’t support him.

The athlete Hwang Daeheon said that he loved Jennie and was looking forward to being surrounded by her, but BP are avoiding discussing it.

5. And, by the way I’m a track short fan, and I was a huge fan of Hwang Daeheon prior to this Olympic. I’m hoping there will be no fans hating Jennie who doesn’t support the athlete to victory… What do you think Hwang Daeheon is happy to see Jennie being attacked and hated? Of course, I would like her to stand with Hwang Daeheon, but that’s only my opinion. 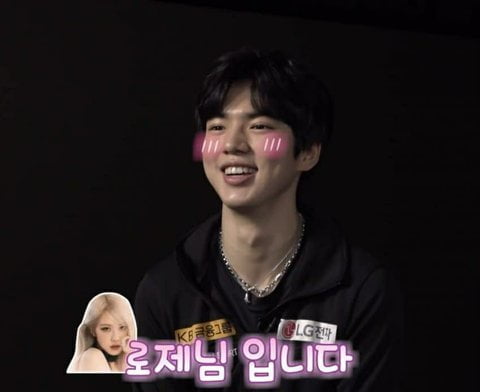 1. The popularity of BP is massive. Cha Junhwan is a fan of Rose as well Hwang Daeheon enjoys Jennie

2. He booed at Rose and did it in such a sly manner.

3. The cuteness of him being shy

4. Sure, Rose is popular, but seeing the way she’s influenced by Cha Junhwan’s style is a bit surprising.

5. It appears that athletes are talented people. Athlete in swimming Hwang Sunwoo, too is a huge fan of Jennie and Yeo Seojeong is also a fan of Rose. I love seeing BP being a favorite among athletes.

Q: I’m interested in the playlist that the athlete Yeo Seojeong is listening to the most in practice!

A: Absolutely k-pop for me.

Q Are you a preference towards Blackpink?

6. Rose and Jennie certainly have plenty of female fans, but the duo also has a many male fans.