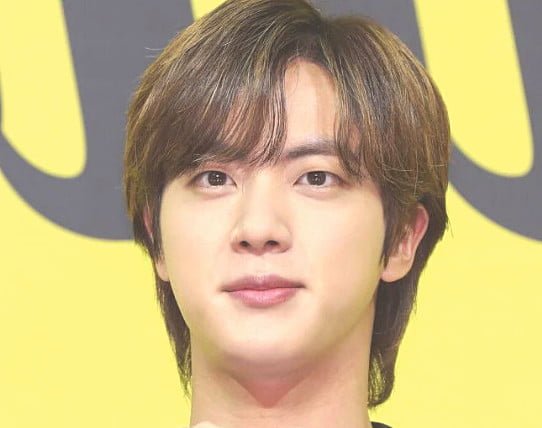 “Military service, trust this to your company. The company’s say is as true as what I opinion.”

In the press conference held on April 9 Jin declared:

“I had a lot of conversations with my employer about military service. I discussed how I would be entrusting it to the company in the greatest way feasible. I believe that whatever the company says is as accurate as what I opinions.”

1. Jin has never stated that he would not join however what happens to the company depends on his statements, therefore Jin doesn’t speak much about the issue. Don’t bother him, just speak to the company.

2. At media conferences, BTS will avoid important topics such as the album and as well as the United Nations and ask questions regarding their military experience first. BTS are probably exhausted.

3. However, it is dependent on his choice If he says you won’t join? This isn’t like he doesn’t comprehend, it’s his choice.

4. I know the reason Jin stated that. But what can he do to decide BTS’s military duty on his own? BTS’s future rests on the words of Jin.

5. If they decide to join the military and join the army, who can stop them? Simply sign up and it will be done.

6. His birth year was 1992 however, he hasn’t yet enlisted so why is he not waiting for the military service exempt?

7. I really love Jin However, I wish that he would join.

8. It’s been five years since BTS the military service exemption became the talk of the town.

9. I’m not a big fan of BTS However, I’d like BTS to be exempted of military duty. I’m sure that it will benefit the country’s economy and boost the image of our country.

10. His birth year was 1992 but he’s not yet enlisted… They’re waiting for the decision of the government to make What’s this?