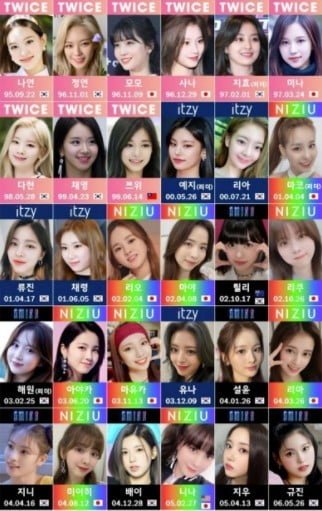 1. YG has played hundreds of girls before deciding to invest in a specific four girls that they knew would earn them high returns. JYP is the exact opposite. With the number of female trainees they’ve had, they were at a loss in having to look after each of them, however, it was evident that they wanted to keep playing with them all until the conclusion. JYP is clearly the best option for trainees as at the very least, they try to guard your future. JYP has been consistently releasing regular girl groups, and has never been involved in sexual assaults such as YG or Burning Sun.

– Any instruction that is under YG is a resume-building tool by itself, so I don’t think that their trainees will be in any way out of their depth in the event that they don’t start their career.

Yes, but think of the mental strain of going through that

Out of the thousands of YG students How many did you think benefitted from the experience? Yang Hyun Suk is a rogue who is a dreamer of children.

2. Even if you don’t include even the Japanese girls’ group JYP is currently a part of Twice ITZY, NMIXX, and Twice each actively promoting. That’s impressive in and of itself.

3. Jin Young knows how to make the most effective girl groups.

4. Twice was one of the stories from my early days of choding.

5. I don’t believe the number of debuts is really as amazing. I personally think that YG’s taste is more refined and superior in the standards.

7. In the meantime, YG’s on a group that they are refusing to revive and another group that ultimately ended up disbanding due to the backburner treatment. YG, seriously. Sigh