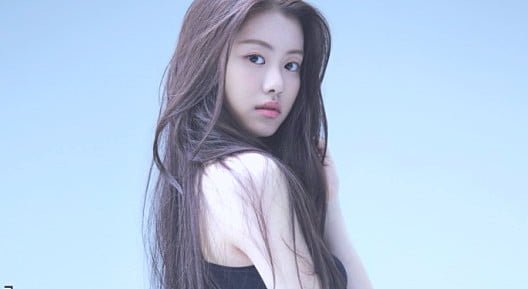 1. Sorry to say that I have no desire to listen to music from the group that has such an unpopular member.

2. Then they’re trying to push the issue down using money, hoping that it will go away? They’ll be launching her at the end of the road? Amazing.

3. From the stories about how she behaved in her manner of dressing she certainly didn’t appear at all like someone the victim of bullies.

5. We’ve seen many instances where statements of companies were invalidated.

6. There’s way too much evidence that kkkk is a fraud and yet Hybe remains in her protection.

8. What shameful of her, she shouldn’t be allowed to perform her first public appearance.

9. It’s not surprising that she’s a little sexy enough to make her debut, but she’s got the mindset of a bully in school after all.

10. What is Hybe’s comment on her s*x writing across the chalkboard?

11. The stories she tells are the most gruesome I’ve ever heard.

1. How will Hybe will defend herself from chalkboards?

2. Then they’ll debut her, after all? What a frightening thought.

3. What then? How do you think Hybe will explain this sexpartner details and chalkboard drawings?

4. I’m still stunned by her chalkboard pictures but there’s not a single mention of the pictures from Hybe.

5. Hybe’s making me mad. What are they planning to do to dispel the chalkboard and s*x-partner things? Do they think Hybe really planning to be the next sex-crazed kid?

6. I’m going to remain neutral. However, if your company came up to you and asked you to do this, wouldn’t you surely say no, and I did not? What would she say? Yeah! I’ve done everything

7. Only she can tell the truth. But, how can anyone be honest when being pressured by your organization to reveal something like this.

8. There’s a lot of negative evidence of pictures on SNS and how do you think Hybe going to dispel every single one? However, Hybe is a massive business, so I’m sure they’ll solve this issue.

9. I’m not a neutral person. You’re trying tell me that all the stuff her classmates have uploaded is fake? I’m guessing she’s just accumulating the karma she deserves in the present

10. If any of these can be true, it appears it would be better for her to not start her career. Whatever they do to clarify, lots of people aren’t convinced. They’ll see her suffer sexual harassing comments from all kinds of websites once she’s launched.

1. How did she come up with the confidence to even think about becoming idols?

2. There are too many shocking images to conclude that she’s an innocent victim. Hybe How will you address this.

3. She’s had a bad time even before she made her make her debut.

4. This is so shocking and why do Hybe continue to deny it.

5. Imagine the mess she had become, and more photos keep being posted.

6. Hybe’s official statement says she was one of the victims cyber as well as school bullying. yet these photos tell the opposite?

7. It is evident by her photos the level of class she was.

8. I can comprehend the reasoning behind the chalkboard image by saying that she snapped a picture without even knowing what was written on the chalkboard. And yet, there’s another photo of her sitting next to a chalkboard that has sexually explicit drawings.