What do netizens think about Na Ha Eun’s joining SM

Na Ha Eun, who has 5.2 million subscribers and hasn’t uploaded any video on her YouTube channel in the last three months

She is famous for her skill in dance, and has won numerous awards. 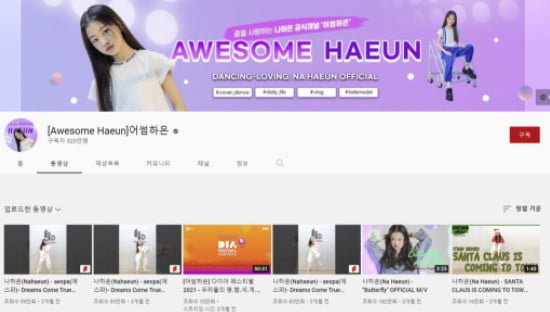 1. She’s gorgeous, beautiful and skilled. I was sure she’d make her make her debut someday however I’m astonished to learn that she’s an SM trainee.

2. 5.2 million YouTube subscribers is equal to that of every popular pop group.. She’s already so well-known

3. It’s been so well-known that I was thinking she’d make her debut as a solo artist with the right agency however, it appears she’ll debut with an ensemble? I’m not sure if it’s right for her and I’m interested to know to know how she’ll debut.

4. The actress has 5.2 million users on her YouTube channel. What an embarrassment…

5. I believe Haeun will be successful regardless of her actions

6. I was hoping she’d be a debuting actress one day however, since it’s SM I’m excited for the debut

7. I’m hoping Haeun will be successful.

8. She dances really well and is attractive.. I believe she’ll succeed as an idol

9. I’ll never forget the moment I remember Kai instructed Haeun to sign up with SM after having seen Haeun

10. I had a feeling that she would be a dancer. But she’s going to become an idol. I believe she’ll be successful because she’s so gifted.