Aren’t we living in the golden age of female idols? ?…. The songs sold hundreds of millions of copies from 2nd to 3rd generation like Taeyeon, IU, TWICE, Red Velvet, BLACKPINK to ITZY, (G)I-DLE, IVE, Aespa, STAYC, Kep1er as well as NMIXX. …. In addition, there are lots of debuting girls. …. It’s a lot of girls. 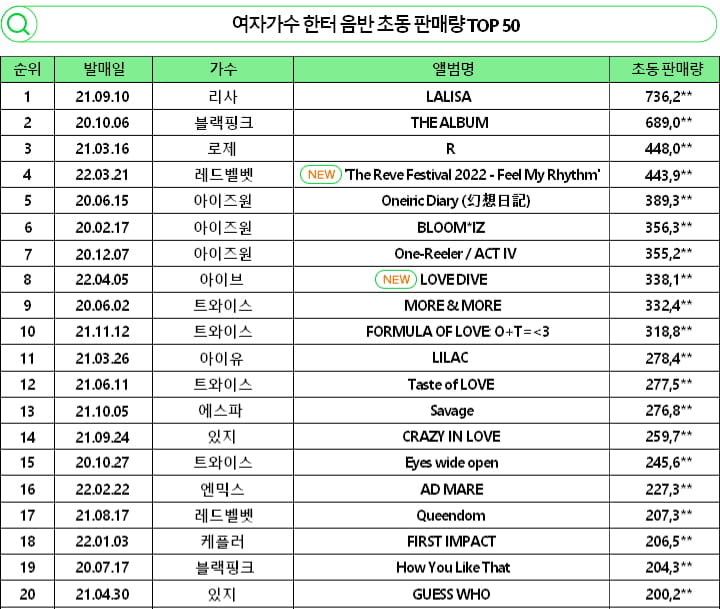 1. Women don’t even fangirl over male idols. They just have a crush on female idols however, it appears to be the case… If you look at the charts female idols are performing extremely well.

2. While they’re not as strong digitally the sales of their albums are awe-inspiring. In the past, female idols sold more than fifty thousand albums. It felt as if they were at a festival

3. I was aware women idols did very well on the charts, however, I had no idea that the album sales of their albums were that significant. Really impressive

4. There’s a reason they’re being compared with male idols that are making waves these days. male idols have a difficult time, but women idols do beautifully, beautiful and talented female idols continue to debut

5. I don’t think their fan base is growing however, their album sales continue to go up

6. Female idols of all kinds who have just made their debut are doing great

7. Are you really required to degrade male idols in the comments section for praising female idols?