The behind-the-scenes of Hyuna and Dawn’s proposal ring has been revealed.

The jewelry company announced on Instagram on the 5th that “Recently, I had the opportunity to make a proposal ring that resembles a colorful couple that I personally like very much.” He continued, “First of all, please note that we are not taking orders for Hyuna + Dunn’s ring as it is custom made.”

The company explained, “Dunnim put a lot of love and time into it, so it was made with a unique design for Hyuna. It is a ring full of sincerity that she chose opals and diamonds herself.” He continued, “The platinum ring is set with an opal and 7 different diamonds. (opal is Hyuna’s favorite)” He also added, “I can’t put a price on love, but it took a lot of time and dedication,” he added. 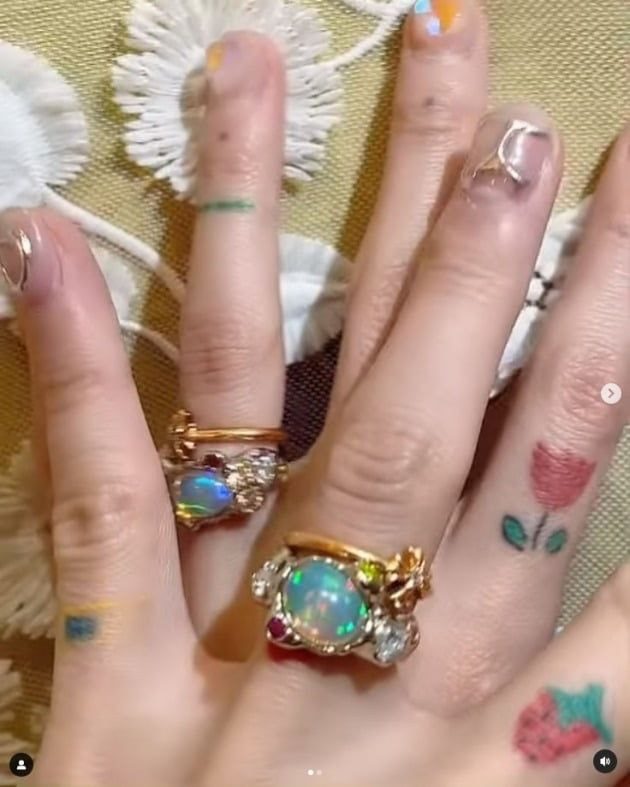 1. The ring suits you so well and it’s pretty

2. Considering the price, the ring is just as modern.

6. Why do you two have similar hands?

7. It’s a modern ring, so it looks great hahahaha

9. It suits you so well, the ring is pretty

10. Money is not important, but i thought it would be expensive because it was an opal.

11. This ring really can be worn with any outfit. It’s unique and pretty.

12. I thought it would be expensive because it was bright and flashy ㅋㅋ It’s so pretty

13. Opal is not expensive but expensive ones can be expensive if they have a very blue olor , but it doesn’t look like that.

14. It’s nice to see them because it seems to be their taste.

15. It’s unique, it’s pretty, and it suits you so well! I remember when I said that it looked cheap just by looking at it.

16. It looks like diamonds are more expensive than opals.

17. I was wondering where you picked the unusual one because it suits you well, but here it’s made with special order.

18. I really couldn’t have imagined a design like that for a wedding ring hahahahahahahad really suit HyunDun.

19. They really chose a ring that looks just like them, it’s so pretty.

20. There are a lot of kids looking for a similar ring at that company and saying something about the price…