She is surely Krystal…

It’s just like the idols that came into the world in 2001 today, ITZY Chaeryeong, Ryujin, Kim Minju, Aespa Winter. 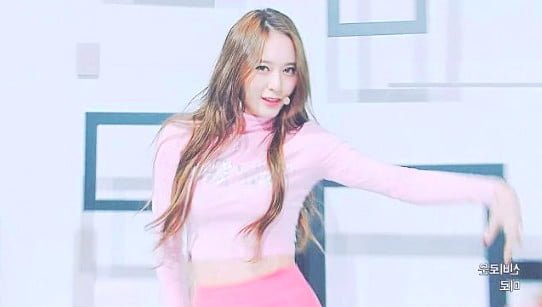 1. I miss idol Krystal…. I was glued to her fancams since she was gorgeous when she was on the stage.

3. She’s a truly brilliant idol. It’s unfortunate.. She’s able to do everything flawlessly, but now she’s an actor? I’d love to see her perform on stage.

4. I think she’ll do great even if she’s solo. Even if it’s only one-on-one… I’m hoping we will imagine her as an idol in the future.

5. She seems content by her work as an actress. I’m hoping she’ll make a solo album in the near future.

6. Personally, I believe that she’s the female icon who’s going to have the most influence should she go on her own. It’s a shame that she doesn’t have regrets over the career she has had in singing.

7. The worst part is that her talents are excellent.

8. I would love to be able to see Krystal on the stage.

10. Naturally, she’s incredibly skilled at the stage, and she’s also a brilliant idol.