Home » “All of us are Dead” divided by extremes analysis

“All of us are Dead” divided by extremes analysis 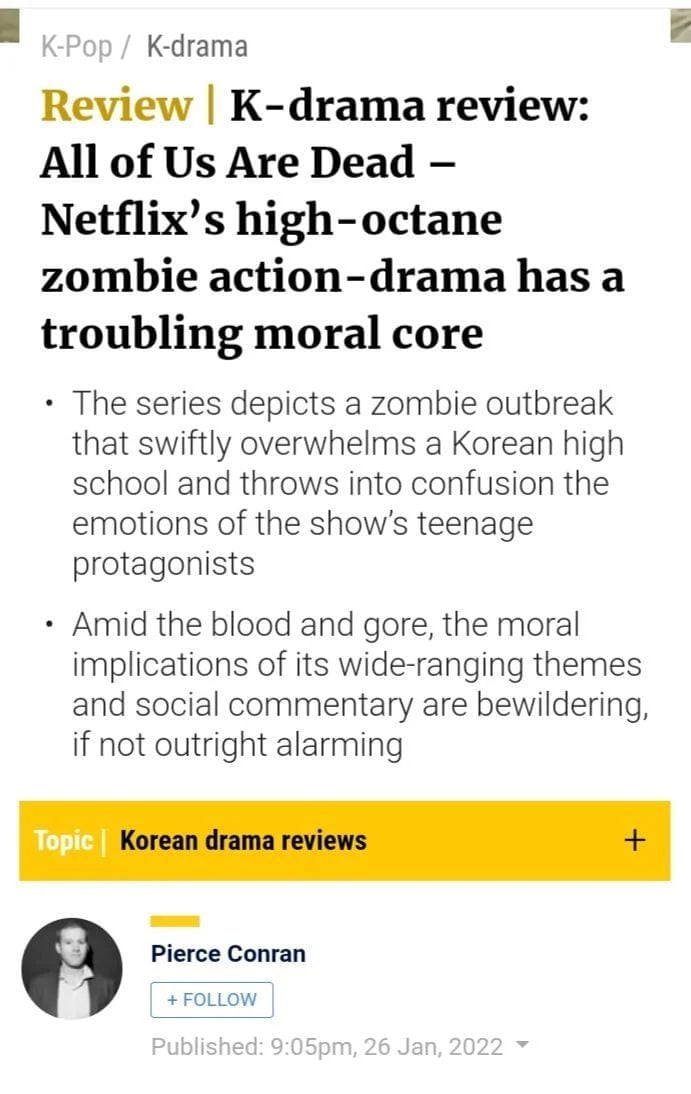 Here is a report by Pierce Conran.

1. The first episode moves on immediately, but the same can’t be said for all those that follow, which grow to be mired in a repeating pattern.

2. The show discusses a dazzling range of issues, including school bullying, school entrance examinations, public inequality, blackmail pornography, cronyism, as well as teenage pregnancy, but additionally tends to make mention to a number of contemporary traditional tragedies , like the Gwangju massacre and the sink

3. There’re a few of these characteristics completely superficial (teenage pregnancy) or mawkishly manipulative (the Sewol allusion sees kids having a video camera and capturing tearful farewell messages to their families), but those who are prominent enough to impact the story morph straight into paradoxical

4. While the diminishing returns of the series narrative are a dissatisfaction, the moral ramifications of its wide achieving smorgasbord of public commentary are bewildering, or even alarming. three.

There exists a Youtuber who viewed the entire thing obviously.

You need to read the comment to realize he’s a critic from Hollywood. Additionally he’s had talks with actors and took part as a critic at events.
He likes horror films and zombie films.

At present there are just three episodes available.

1. I hate Squid Game, but Hellbound was dull. And the plot twists had been way too obvious. The DP was enjoyable, but…? I am going to try this.

2. Episodes are definitely more time, however I will watch them and judge by myself.

3. I really like zombies, however once you place them in drama format it ends up uninteresting?

4. I truly liked the episode from last week. What was repeatable about the plot? I will watch the other one tomorrow.

5. Viewed a number of Netflix originals and wondered: “Could they reduce it to thirteen episodes?”

6. Episodes of one hour are certainly too lengthy. The middle was so boring, Sweet Home produced ten episodes and Squid Game had nine episodes.

7. Since that Pierce person has a similar taste like me, I do not count on very much from him.

8. I taste just like the initial man. I simply wish to really enjoy “All of us are Dead ”

9. checked out his critiques, and I experienced very similar ideas. I do not look forward.

10. Oh! I just got frightened watching this webtoon. I am really debating whether or not I ought to watch it.

Tags: #All of us are Dead #netflix