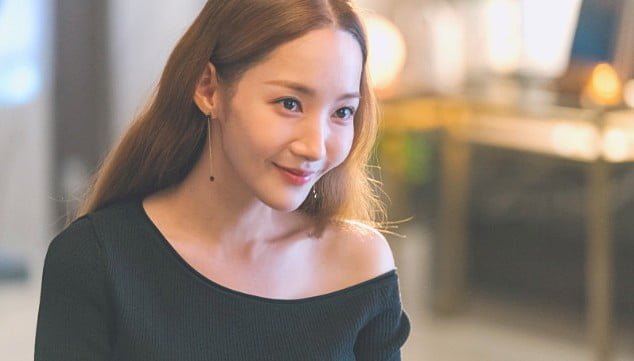 1. [+116] She’s dropped so much weight that her cheekbones are visible, making her seem older. She seemed younger and more attractive when she had more fat on her cheeks.

2. [+58] Minyoung-ssi, your face was more beautiful before all of this.

4. [+26] She seems to be suffering from the aftereffects of cosmetic surgery, doesn’t she?

5. [+25] I saw she had dropped a lot of weight while filming “Forecasting Love and Weather,” and she suddenly looked ancient.

7. [+18] really demonstrates that everyone, regardless of age, looks best with a little fat on their face. She’s still attractive, however

8. [+15] She’s gorgeous, and she’s constantly bored of people saying nice things about her.

9. [+14] She’s in another dull chaebol tale drama. She did, however, drop a significant amount of weight… I’m concerned about her health and I hope she’s not overdoing it.

10. [+14] Weight loss, but the region surrounding her lips has also altered significantly.

12. [+8] She was the most beautiful during “Secretary Kim.” Why can’t people ever be pleased and then go on to damage themselves like this; it’s so clear in the mirror, isn’t it?

13. [+5] I don’t recall her having such prominent cheekbones previously. I doubt that merely losing weight would bring them out that dramatically.

14. [+4] I’ve admired her since “Secretary Kim,” and I hope she’s well. She has a certain glimmer that only she possesses…