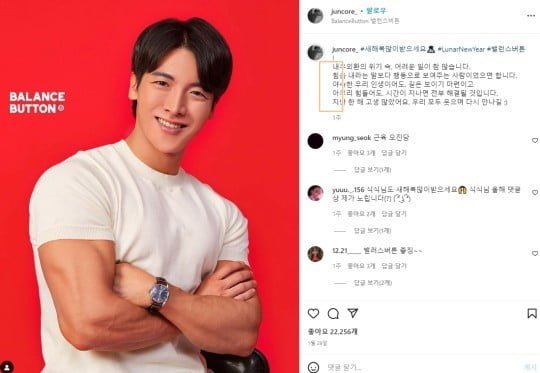 1. How can this aid in any way? If they’re close friends with real-life friends, then it’s more genuine and helpful for her to simply send his message in a direct manner. The whole thing appears to be thirsty in the search of SNS attention.

2. It’s not wrong for telling her to get stronger however it would have been better when he called her or sent her a message. She’s already in difficult times, why should she be making a public statement such as this?

3. It’s what they call K-Romance

4. It’s really touching if he truly intended to show his support in a way like this… He’s still helping a friend who’s reached a point of no return. He’s a true friend.

5. Perhaps Junsik is in love with her

6. I’m a little a bit frightened by the reason this was so important… He could have just texted or called her

7. It’s not like the message was direct “Find strength!” for the girl… It was addressed backwards with the use of a specific set of letters. It sort of looks to be pathetic? It’s like he didn’t want face the resentment of displaying support in public, but also get points from her while continuing to show love? Do they really love each other or is there something else?

8. I admired him the most among the cast members of males because He seemed like a genuine hard-working person, but the term “attention wh*re” is actually an attention wh*re at the end.

9. It’s really cowardly to my eyes…

10. What’s up with the comments? …? It’s up to him to decide how the comments he chooses to express his love for her. When you’re discussing this, can you pay attention to Ahn Yewon who conducted group purchases for replicas

12. This is so unneeded. there’s nothing more disgusting than male women who are attention-seekers

13. So desperate for attention. So why not send her a message privately

15. It’s difficult to imagine this as an actual gesture of support. In reality, he’s returning to a scandal that was close to being forgotten, and then screwing her up again.