“I’m bored. I need to get home quickly.” 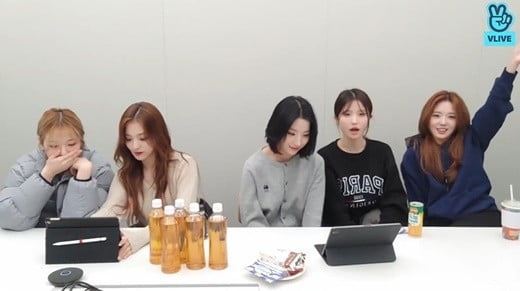 1. Her true feelings were discovered. If you’re bored with this, then you should and retire. How relaxed will you be in the future?

2. There is evidence to support this and it’s clear what she was saying it. I doubt that any fan could evade this.

3. She became an idol by manipulating her behavior and why does she behave as she does.

4. A clarification statement was released, but it’s really forced. They say she was bored to death by the fact that they’ve been placed in quarantine for a while and aren’t allowed to leave and she was desperate to leave quickly as she wanted to go back into their rooms. There are some peculiarities in this explanation in the first place. The first is that they were quarantined in the past , but she was speaking of having been bored, in the current. Then, they say that she had decided to return home because she was bored with quarantine, but why should you return to the area you were quarantining when you were bored? Third, it’s clear that she wasn’t was saying by the way the energy of the room became silent and cold, and Lee Nakyung as well as Song Hayoung needed to remind the woman that they are alive. If she’d just apologized for her words I’m betting her male fans would’ve kept defending her and letting the controversy go to the wind, but her clarification showed that she actually meant the words she spoke of. However, is there anything more to anticipate from a celebrity who has rigged her way to success and has a cult following of smug men who are unwilling to see or listen to the truth?

5. It’s possible that she’s completely bored of something else , because we aren’t sure what they were discussing on their own , but the desire to get home quickly is difficult to justify while in front of your audience. I understand that celebrities are exhausted, but you must always treat your fans with respect and care. All of this in a single sentence means she’s bored of interfacing with her followers, which is difficult to keep from.

6. I’m also surprised to see that they have fans in all of those who watch the shows.

7. Are there any celebrities that is genuine in their interactions with their followers?

8. What I find amusing to observe is that fellow members are watching V-lives frequently, so they know that there’s a delay coming and are prepared for it, but Lee Saerom only streams every year to celebrate her birthday, so she didn’t know and was talking to her…

9. I’m not sure how she could say this in good conscience having taken an appearance from a group of people who had their chances cut short because of the show being manipulative

10. This is the reason the reason why you shouldn’t ever be in love with a person to the extent of dedicating your entire existence to their idols…

11. Her words spoken without a trace of humour is me wondering if other members of the group feel this as well?

12. I’ve never witnessed a celeb who has treated their fans as this and then did well. Every superstar like IU or BTS remain kind for their followers. Even if we don’t know the thoughts they’re actually thinking in their heads and they’ll not reveal it like this from the outside…

13. The position she coveted was taken from a different trainee so why not? If she’s so unhappy after having stolen her way to get this post, then you should just leave it…

14. She’s one of the group’s most loved members and I don’t think it will affect the group too much.

15. As the group was growing the singer is bringing their image down

17. This cannot be protected

18. I believe that people are reacting too much. If this is deemed controversial, then I’ve met many male idols that should be taking a break right now.

19. If you’re bored take a break and quit. I wish your career could be a relaxing break for ever

20. The actress was lucky to have the live beginning right when she was talking about her boredom. I’m betting there are plenty of idols who make worse comments off camera.